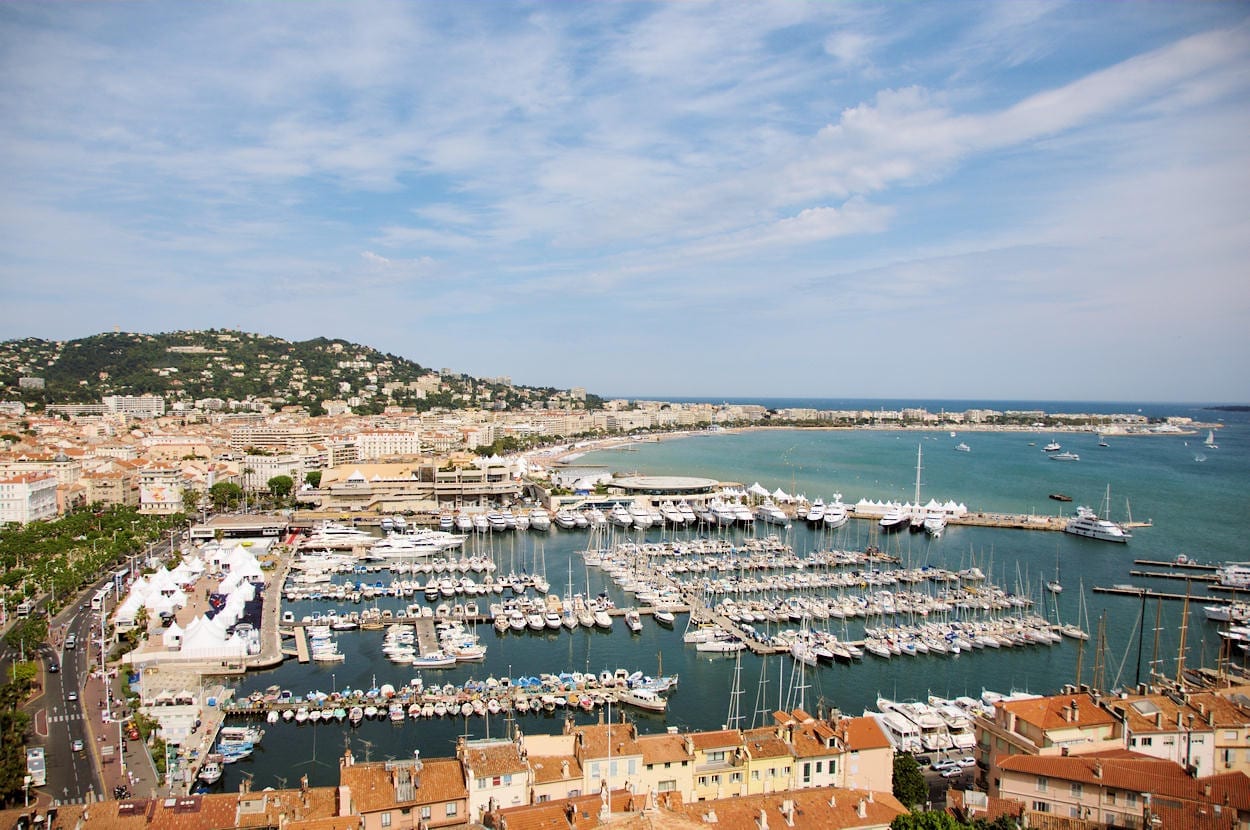 Cannes: Life is a Festival…

Cannes (70 000 inhabitants) is a city which has given its name to a festival, and will reveal to you the pleasant tranquility of its mediterranean climate, its atmosphere of intimacy and freedom.

It is a city enflamed by every passion, which welcomes holiday makers as well as business visitors with open arms.

All year round it caters to their pleasures with its magnificent hotels and casinos, its sports facilities and of course its legendary comfortable life-style.

Over the years CANNES has become a world famous center for Conventions and Festivals. It is also the ideal town for organizers of Incentive programs, beacuse it provides ideal conditions for work and Pleasure!

A stay in CANNES, for whatever reason is a highlight in anyone’s life… A reward and a fullfilment!

CANNES is very easily accessible by sea, road, rail and air. The Nice int’l airport is 15 miles away, directly connected by freeway, regular bus, and helicopter service. The Cannes airfield is 5 miles away and is reserved for smaller aircraft, air-taxis and helicopters.

Excellent hotels of all categories, all with modern accommodations, traditional French haute cuisine, and fragrant culinary specialities of Provence; sea food, bouillabaisse, bourride, and not to forget candied fruit, the pride of the region, will make your stay in CANNES a complete success!

The sportsman will find his chosen activity. Every conceivable sport may be practiced: swimming, water skiing, wind surfing, deep-sea diving, and fishing, sailing; Golf is a favorite sport, thanks to excellent facilities, and these are 4 renowned golf courses. Not to forget tennis, horse-back riding, and a variety of sports ranging from “pétanque” to polo. The Coubertin Stadium, of olympic norms welcomes int’l football competitions that are enthusiastically attended. CANNES has officially been named the most Sporting City of France!

Three great Casinos with sumptuous surroundings and gambling tables are the world’s most sought after. A myriad of glittering night clubs with top notch entertainers ensure the liveliest evenings all year round. Those who have put in serious hours of work also deserve the best of rewards…

CANNES lavishes everything on you!!!
Suggested daily programme of Cannes:

The capital of the Cote d’Azur, is a very special city (430 000 inhabitants) in a priviledge location on the shores of the Mediterranean, with majestic French Alps mountain as a backdrop. The climate is constantly pleasant all the year round.

Nice, where the pink and white houses, many gardens and the lively avenues (Promenade des Anglais) reflect the light of the sun sparkling on the Mediterranean sea, offers matchless facilities for all visitors.

Nice, with its airport within the city, offers over 10 000 hotel rooms, its picturesque and still authentic old town with the harbour, flower market, squares, fountains, churches, historical landmarks.

Nice, a playground of entertainement, glorious light, sports, sea and nearby snow. 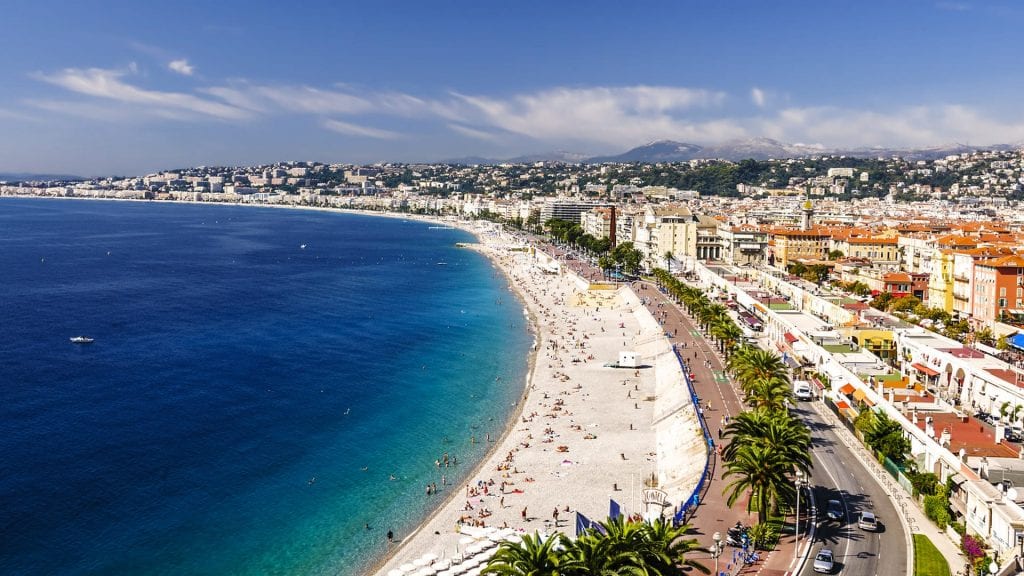 Nice is one of the most important Metropolis’ of the Mediterranean
Nice, is a town of 450 000 inhabitants, half of whom work in tourism
Nice, with its International Airport only a short distance from town
Nice, with its 10 000 hotel rooms
Nice, one of the high spots of French culture (Museums, Theaters, Opera, Cinemas, Exhibitions…)
Nice, with its advanced technological environment

Nice, with its fine cuisine, whether gastronomic or local fare

Are the Nicois privileged ? Certainly…

Blue sky, sea. Mountains only 90 kms from NICE.
NICE has been able to preserve and enhance its natural surroundings.
NICE, with its lawns and gardens full of flowers, provides all sorts of leisure activities.

In fact, the French Riviera or “la Cote d’Azur” cannot be described. It has to be lived, to be believed.
A trip to NICE is a piece of sun that you can carry away with you … and fun

Most towns have forgotten the meaning of fun. Not NICE.
Here, you find the sort which carries you away from worries and care.

Nice is one of the only cities of the world that kept its charm, authenticity and traditions. The old town, still has its famous flower market and its parade along the “Promenade des Anglais”. And when his gracious Majesty “Carnival” passes by the Casino’s game rooms, restaurants and night clubs, everybody stands up and bows… with a smile.

Nice, the Grande Dame of the Riviera, is a city noted for its elegance and culture.

The capital of old Provence was a magnet for artists, whose works grace the city’s many museums. But beyond the stately monuments and mansions of the magnificent seaside Promenade des Anglais lie hundreds of historic styles and periods. They include bazaars dating from medieval times, the ruins of the 6th century “hill of the castle” and the remains of the pre-historic settlement over 400 000 years old. 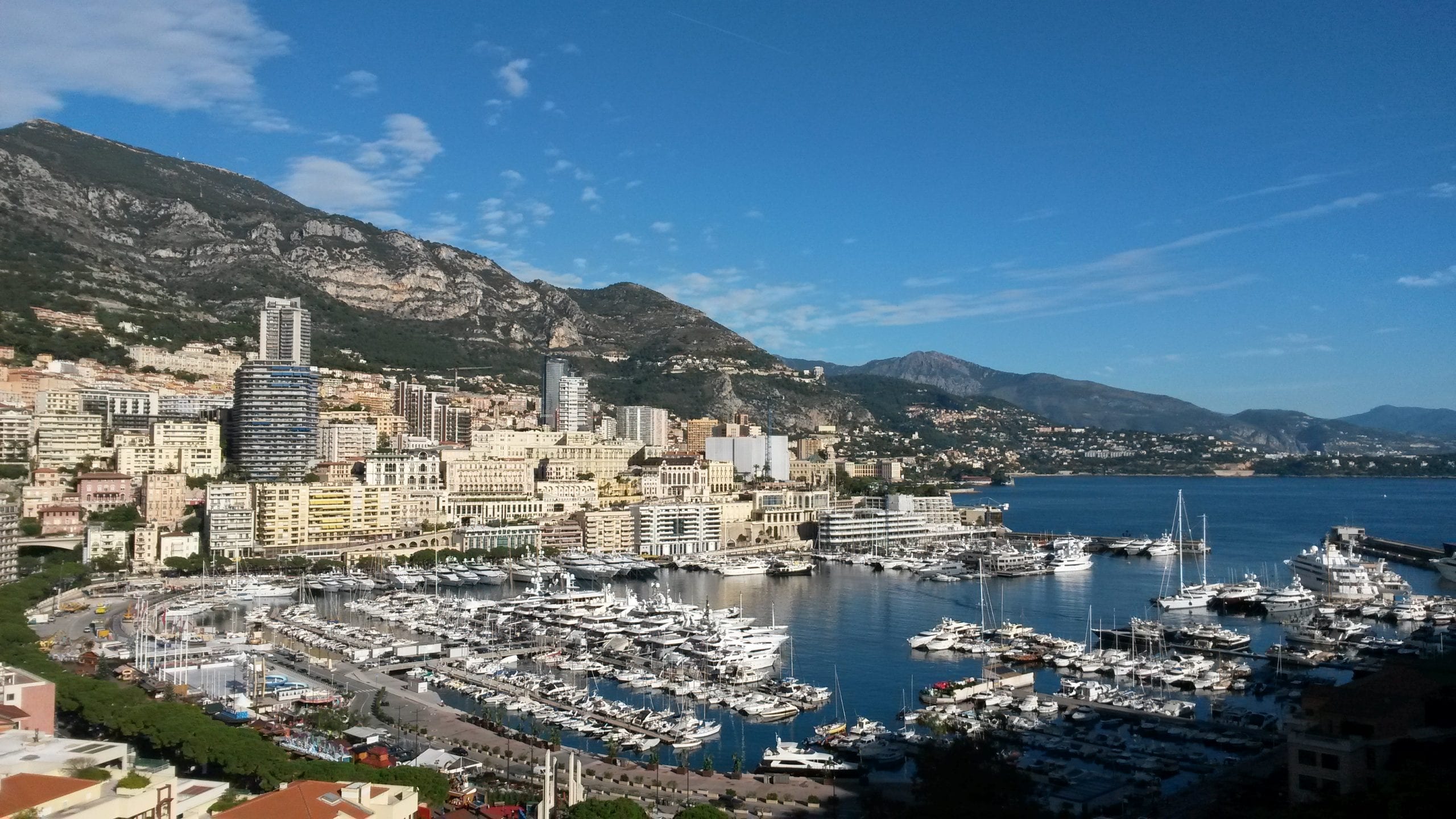 Who doesn’t feel a thrill upon hearing the name Monte-Carlo ?
Who given half a chance, wouldn’t want to experience the legend for themselves ?

A world of which pulsates with excitement of the Grand Prix, yet dozes softly, soothed by the gentle rocking of boats.

What better incentive, what more flattering compliment and what more profound thank you could you offer your star performer ?

For business, pleasure, Monte-Carlo is a Dream Come True.

In a unique geographical setting… Monaco offers it’s traditional elegance, Monte-Carlo it’s modern luxury and the old atmosphere of the Belle Epoque. There is an exiting cultural and artistic life enriched by spectacular galas and festivals. The many tourist attractions and numerous museums provide a large choice of sightseeing.
Location : An independent state, the Principality of Monaco is at the foot of the Southern Alps on the Mediterranean coast, a short distance from the French-Italian border.
Population : 36 371 inhabitants.
Surface area : 202 hectares. Gardens and green areas cover 39 ha (0.21 sqm), 24 ha (0.13 sqm) of which are for public use.
Language : The official language is French, but English and Italian are widely spoken. The traditional language, Monegasque, is a dialect spoken by the older generations and taught in the Principality’s schools.
History : Monaco is ruled by the Grimaldi Family sino is the most famous and evocative symbol of Monaco’s 19th century elegance. Monaco’s prince, Rainier III, was born in 1923 and, as a young man, distinguished himself as a volunteer in the French Army during World War II. Acceding to the throne in 1949, he became world-famous when he married Grace Kelly in 1956. Princess Caroline was born in 1957, Prince Albert in 1958 and Princess Stephanie in 1965. Under Prince Rainier’s rule, Monaco has become a world leader in protecting the earth’s environment as well as a center for business, industry, art and tourism.On 31 March 2005, Prince Rainier III, too ill to exercise his duties, relinquished them to his only son and heir, Prince Albert Alexandre Louis. Prince Rainier died on 6 April 2005, after a reign of 56 years, and his son succeeded him as Albert II, Sovereign Prince of Monaco.
Monaco is a country of beautiful, elegant people, of brilliant white buildings, of lush green foliage and majestic palms; a cosmopolitan gathering place for the famous and the wealthy. There is something for everyone; the changing of the guard at the Prince’s Palace on top of the Rock of Monaco, the Oceanographic Museum, the Exotic Garden. There are also two modern conference centers, a concert hall (Monaco has its own concert orchestra and Opera), and a theater. And, of course, the casinos and the luxurious hotels which form the hub of the glittering life for which Monte-Carlo has become world-famous. A short distance from the Nice-Cote d’Azur International Airport is the Principality of Monaco, nestled at the foot of the Southern Alps, overlooking the Mediterranean Sea. Monaco, one of the tiniest countries in the world, is full of aristocratic charm and dignity with a history spanning more than 700 years. It is the gathering place for the world’s famous and wealthy. Covering less than a square mile of territory, Monaco offers a fascinating array of contrasts: traditional ceremonies on the Medieval Rock, sun-splashed colors, the Provincial fragrances in the open-air marketplace, and a symphony of cultural experiences. This jewel of the Cote d’Azur is home of the most famous casino in the world, the Monte Carlo Casino. Completely restored to its former splendor, the Casino also houses the elegant Opera House hosting opera and ballet performances. Of equal stature in the Principality is the Monte Carlo Sporting Club. Comprised of world-class restaurants and exclusive night-clubs, the complex’s “claim to fame” is the Salle Des Etoiles (Salon of the Stars). One may delight in the finest of French and regional cuisine here while enjoying a prestigious revue or concert. Its roof slides open revealing a starry sky often illuminated by fireworks. But Monte Carlo is more than its casino and showplace. It’s basking in a sunny, invigorating climate. Represented in its turreted palace and cathedral, churches and ramparts, the milestones of Monaco’s history are everywhere. For nature lovers there’s the Jacques Cousteau Aquarium, the National History Museum and the Botanical Gardens with tropical plants and mysterious grottoes. Monte Carlo’s name is forever associated with automobile racing. Motor sport fans flock to the Principality for the world-famous Car Rallye and Formula One Grand Prix. Monaco is a sportsman’s paradise. From water sports and beach games to deep-sea explorations, choose action or relaxation. For golf enthusiasts, an 18-hole course rolls up the slopes above Monaco. In the incomparable setting of the Monte Carlo Country Club, there are 22 tennis and squash courts. Monte Carlo is a never-ending pageant of fun and fireworks, bursting beneath the sun and stars of the fabled Riviera.
Suggested daily programme of Monte-Carlo: